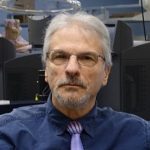 The similarity in functionality between the solubility-temperature and the MSL-temperature curve is well documented (Mullin, Myerson, others). However, since the MSL is considered a kinetic limit while the solubility is an equilibrium property, it is not intuitive that the MSL should be correlated to the solubility much less predictively related. The initial hypothesis in the work to be presented relied on collision theory to make the case for a common root for the two phenomena and supporting data are shown. Ultimately gauge-cell Monte Carlo simulations to target spontaneous nucleation and measure thermodynamic properties of the system at nucleation reveal a widespread correlation over 5 orders of magnitude of solubilities, in which the metastable limit depends exclusively on solubility and the number density of generated nuclei. The result support a strong link between solubility and the meta-stable limit, and highlight an inverse relationship between MSZW and normalized solubility.